The emission and deposition of atmospheric dust, aerosols, and nutrients can have far-reaching ecological consequences. For instance, the erosion of soil by strong katabatic winds off the Greenland Ice Sheet disturbs vegetation, resulting in distinct bare patches dominated by biological soil crust. In the Colorado Rocky Mountains, the deposition of dust has altered soil development and water quality. In the McMurdo Dry Valleys, the production of microbial bioaerosols links aquatic, terrestrial, and glacial habitats. In the Midwestern United States, the deposition of nutrients can alter biodiversity, soil nutrient cycling, and water quality. My current research addresses questions about atmospheric deposition and biogeochemical cycling in the rapidly changing polar regions and locally in central Ohio. 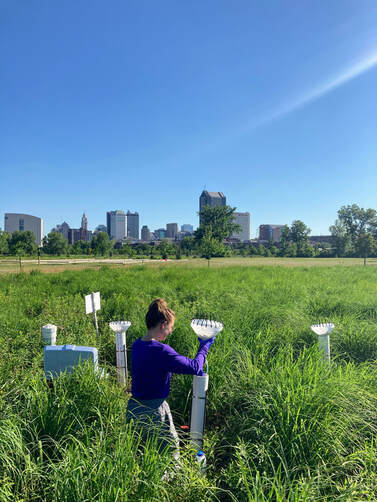 Local redistribution of sediments in the McMurdo Dry Valleys 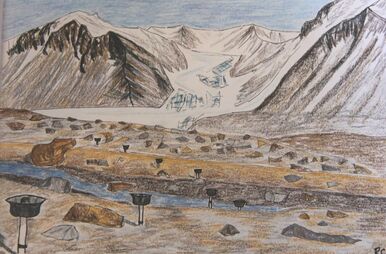 In the McMurdo Dry Valleys of Antarctica, there is the potential for strong foehn winds to redistribute sediment across the landscape. As this sediment moves across the landscape, it may be trapped by incised stream channels, where it may alter stream chemistry. We have set up transects of aeolian collectors across Von Guerard Stream in Taylor Valley to quantify the local redistribution of sediment and organic matter. 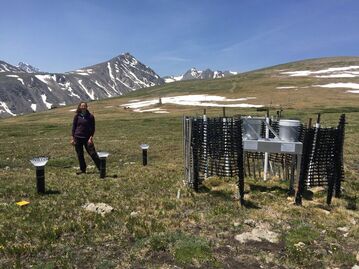 Due to land use change and drought, atmospheric dust deposition to the Rocky Mountains has been increasing over recent decades and is likely to continue increasing in the future. In the Colorado Front Range, most atmospheric deposition research has focused on alpine ecosystems, and little is known about deposition at lower elevations that are more proximal to urban and agricultural sources. To address this knowledge gap, we established atmospheric deposition collection sites along an elevation transect from Boulder up to the Continental Divide to quantify and characterize the inputs of dust.

Results of this research have been published in the Journal of Geophysical Research: Earth Surface. This project was funded by the Boulder Creek Critical Zone Observatory (NSF EAR-1331828), the Niwot Ridge Long-Term Ecological Research program (NSF DEB-1637686), and the City of Boulder Open Space and Mountain Parks Department.

Aerosolization of picocyanobacterial cells in Greenland and Antarctica 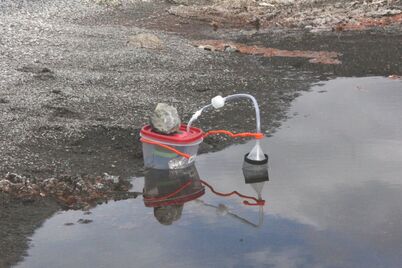 Bioaerosols are an important component of the total atmospheric aerosol load, with implications for human health, climate feedbacks, and the distribution and dispersal of microbial taxa. Little is known about the production of freshwater and terrestrial bioaerosols in polar regions. For this project, we used novel portable collection devices to test for the presence of picocyanobacterial aerosols above freshwater and soil substrates in the southwestern Greenland tundra and the McMurdo Dry Valleys of Antarctica. ​

Results of this research have been published in Environmental Microbiology Reports. This project was funded by the McMurdo Dry Valleys Long-Term Ecological Research program (NSF OPP-1115245) in Antarctica and the Joint Science Education Project (NSF OPP-1506155) in Greenland.

Aeolian landscape change in the Kangerlussuaq region of West Greenland 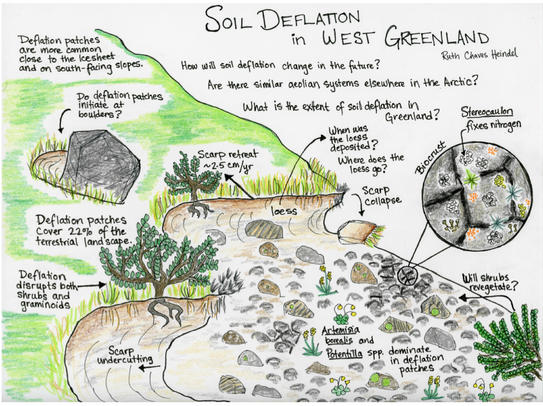 Results of this project have been published in the Annals of the Association of American Geographers; The Holocene; Arctic, Antarctic, and Alpine Research; and Ecosystems. This project was supported by the IGERT in Polar Environmental Change at Dartmouth College (NSF DGE-0801490) as well as the Joint Science Education Project (NSF OPP-1506155).

Soil phosphorus weathering and availability in the McMurdo Dry Valleys 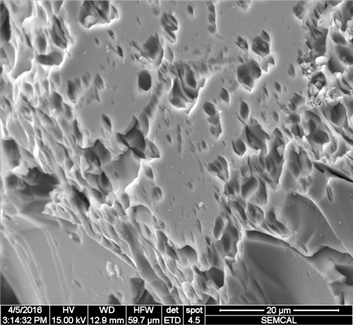 The weathering of the mineral apatite provides soils with available phosphorus, often a limiting nutrient. In the McMurdo Dry Valleys, patterns of available phosphorus in soils may be controlled by rates of mineral weathering. In this project, we looked both at landscape-scale variability in phosphorus availability as well as grain-scale indicators of apatite weathering, such as the etch pits in the scanning electron microscope image to the left (Sue Welch, Ohio State University).

Result of this project have been published in Antarctic Science and Geoderma. This project was funded by the McMurdo Dry Valleys Long-Term Ecological Research program (NSF OPP-1115245). 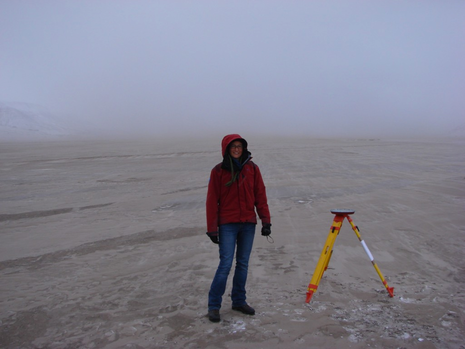 For my Senior Honors Thesis at Brown University, I studied local dust storms in Adventdalen, Svalbard. These storms carry sediment from the braided river floodplain of Adeventdalen out into the fjord. I found that these dust storms occur in the spring and fall, when temperatures are below freezing and relative humidity is low, but before a continuous snow cover develops.